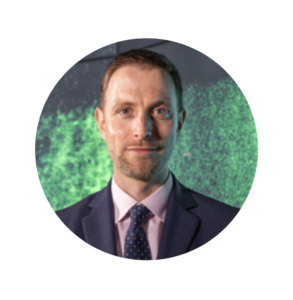 I’m Professor of Astrostatistics at Imperial College London, where I’m also an Academic Fellow of the Data Science Institute. I’m presently on leave of absence from Imperial, and have joined the faculty of the International School for Advanced Studies (SISSA) in Trieste, Italy, where I’m the Head of the newly established group in Theoretical and Scientific Data Science.

I’m a Visiting Professor of Cosmology at Gresham College, where in 2021-22 I will give a public lecture series (free and online) on The Frontiers of Knowledge.

My research in cosmology is about analysing, interpreting and making sense of cosmological observations, in order to learn more about the properties and nature of dark matter and dark energy. I’m also interested in the early Universe and in developing connections between cosmology and particle physics. I develop and apply new methods in Bayesian statistics and data analysis, machine learning, deep learning and AI with the goal of understanding the history and nature of the Universe, by using cosmology as a Universe-sized laboratory for particle and high energy physics.

In 2012 I co-founded Data Fusion Consultants, a start-up offering statistical consultancy, custom-made data analysis and training for a broad variety of clients, which I directed until 2020. I work as a scientific consultant with museums, writers, film makers and artists, providing the help and support they need to make their artistic creations scientifically sound.

As Director of the Centre for Languages, Culture and Communication between Aug 2015 and July 2020, I was part of Imperial’s senior management team and the academic lead for the Centre’s activities:  the Imperial Horizons programme (delivering teaching in humanities subjects and languages to over 4500 undergraduates at Imperial); the Evening Classes programme; and two MSc programmes in Science Communication.

I am a science communicator and I take part in numerous public engagement with science activities, from science festivals to radio broadcasts. Between 2013 and 2017 I have been an STFC Public Engagement Fellow, in which capacity I designed and ran the public engagement programme The Hands-On Universe. My award-winning first book for the public,  The Edge of the Sky (Basic Books) explains the Universe (‘All-There-Is’) using only the most common 1,000 words in English. For my book I was named by Foreign Policy one of the 100 Global Thinkers 2014. I was awarded the 2020 Annie Maunder Medal of the Royal Astronomical Society for my work in public engagement.

I was born and grew up in the Italian speaking part of Switzerland. After obtaining an MSc(Hons) in Physics from ETH Zurich and a PhD in Theoretical Physics from the University of Geneva, I moved to Oxford where I was the Lockyer Fellow of the Royal Astronomical Society at Oxford University, and a Junior Fellow of St Anne’s, before being appointed at Imperial College in 2008. Since 2020, I am also an associate professor at SISSA.

Named by Foreign Policy one of the 100 Global Thinkers 2014 in the “Chroniclers” category, I am a recipient of the Lord Kelvin Award of the British Association for the Advancement of Science, of the Michelson Prize of Case Western Reserve University, the Chair Georges Lemaître of the Université Catholique de Louvain 2018 and of several awards for excellence in education and societal engagement at Imperial College London. I am hugely honoured to have received the 2020 Annie Maunder Medal of the Royal Astronomical Society for my work in promoting public understanding of astronomy and cosmology.

I currently live with my wife and our two young children near Trieste, Italy in the Karst region, a plateau nestled between the sparkling Mediterranean sea and lush forests.

You can find my full CV here.