Cosmology and astrophysics address some of the most fundamental and universally fascinating questions in the whole of science: Where did the Universe come from? What is it made of? What will its ultimate fate be? The study of the Universe is inspiring, humbling and in short one of the greatest scientific challenges of humankind.

But by its nature the cosmos is also far removed from our everyday experience. This is part of its mystery and fascination, but it can also become a hurdle when trying to engage the public in a genuine, two-way dialogue. The Hands-On Universe is a public engagement programme to create and deliver innovative methods of connecting the public with our cosmic environment, and with cutting-edge research in astrophysics.

The Hands-on Universe endeavours to reinterpret and understand the big questions in cosmology and astrophysics in terms of our everyday experiences, metaphorically, conceptually, artistically and emotionally. What is the Universe made of? How did it begin? How will it end? What is the nature of reality? How does science work? Award-winning astrophysicist and science communicator Dr Roberto Trotta creates immersive, participative experiences by using do-it-yourself activities, cookery and other fun, unexpected ways of engaging with the great mysteries of the cosmos.

The Hands-on Universe is a programme of outreach and public engagement activities that was sponsored by a Public Engagement Fellowship awarded by STFC (The Science and Technology Facilities Council UK), 2013-2017. The programme was long listed for the National Co-ordinating Centre for Public Engagement Engage Awards 2016. 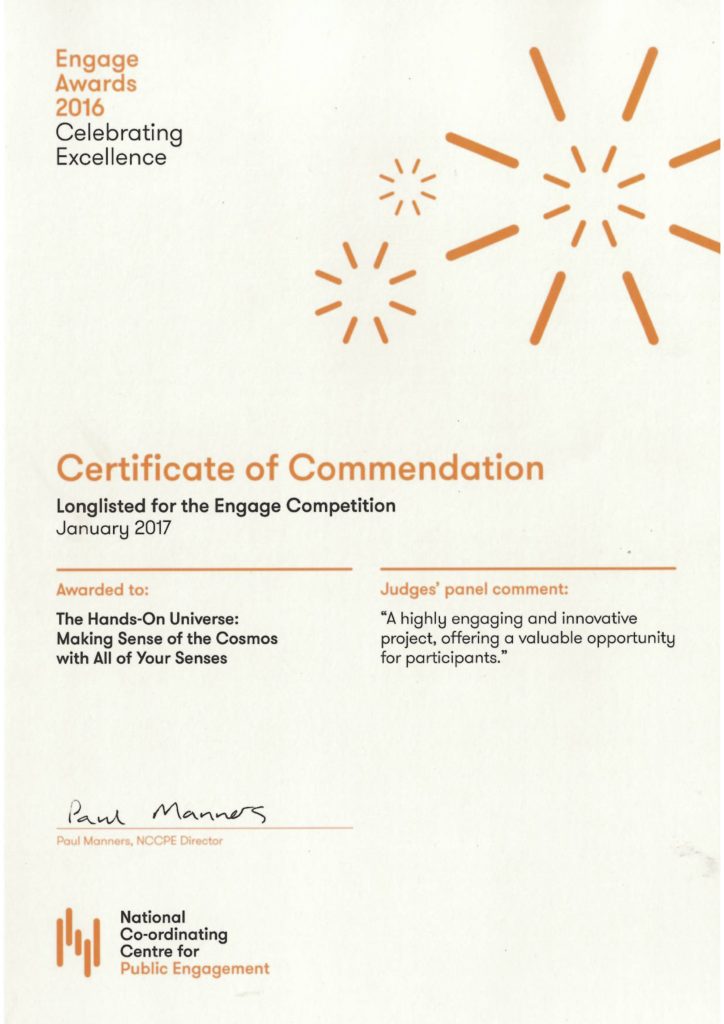 “We were thrilled to host two g-Astronomy events as part of the Hebridean Dark Skies Festival, marking the project’s debut in Scotland. Roberto is an enthusiastic and engaging host, a delight to work with, and g-Astronomy really captured the imagination of our audiences. Over the course of his weekend at the festival Roberto hosted a cosmic cocktails and canapes evening on Saturday at An Lanntair, and a Sunday evening meal at Uig Sands restaurant on the other side of the island, planning the menus along with the catering teams at both venues and then using the food and drink choices as a launchpad for a fascinating talk about the history of the Universe, spread throughout the evening as our audience enjoyed their food and drink, with lots of food for thought along the way. Both events were sold out and the feedback has all been immensely positive. We look forward to inviting Roberto back to the festival.”
(Andrew Eaton-Lewis, programmer, Hebridean Dark Skies Festival)

“Thank you for your outstanding talk – it was one of the most engaging lectures I’ve seen for this age group and the audience were captivated” (Bhavika Jessani, Outreach Officer, Imperial College London).

“The talk definitely encouraged the girls to want to find out more about the planets and the solar system. They found the talk extremely interesting and it has generated lots of thought provoking questions” (Norland Place School Yr 5 and 6 teacher).

“g-ASTRONOMY is a brilliant idea – what a great way of engaging people in the science of both areas!” (g-ASTRONOMY event attendee).

“This was for me, in a way, life changing” (g-ASTRONOMY workshop for people with visual impairment participant). 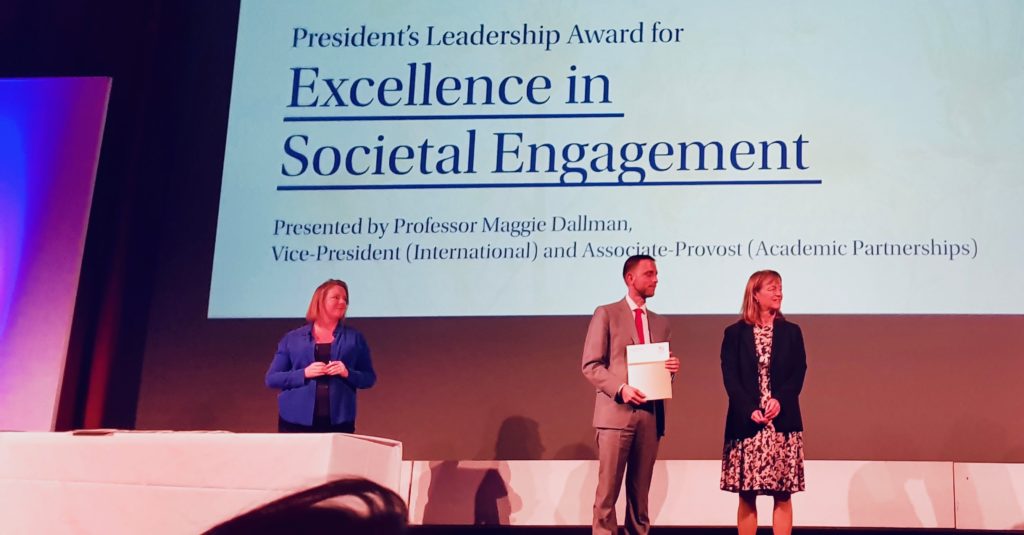 Much of our scientific knowledge is transmitted via intellectual means, based on abstract concepts and gained through reading and other mostly visual means. This modality of transmission can be hard to engage with on a dialogic basis, as well as on a more emotional level. This is especially true of astrophysics, where we are often dealing with ideas so far removed from the human scale that they are often hard to imagine. Grounding facts and abstract ideas in bodily experience becomes a helpful way of creating meaning and widening participation, especially amongst non-expert and under-served audiences.

We aim to design and deliver two novel multi-sensory immersive experiences, by using insights from research into multi-sensory perception and human-machine interaction in collaboration with Prof Obrist from U of Sussex.

We delivered a first pilot event at the London Science Museum Lates in Oct 2018. The video below gives you a flavour of how the “Dark Matter Multi-Sensory Experience” was received by the public.

g-ASTRONOMY: The Universe at the tip of your tongue 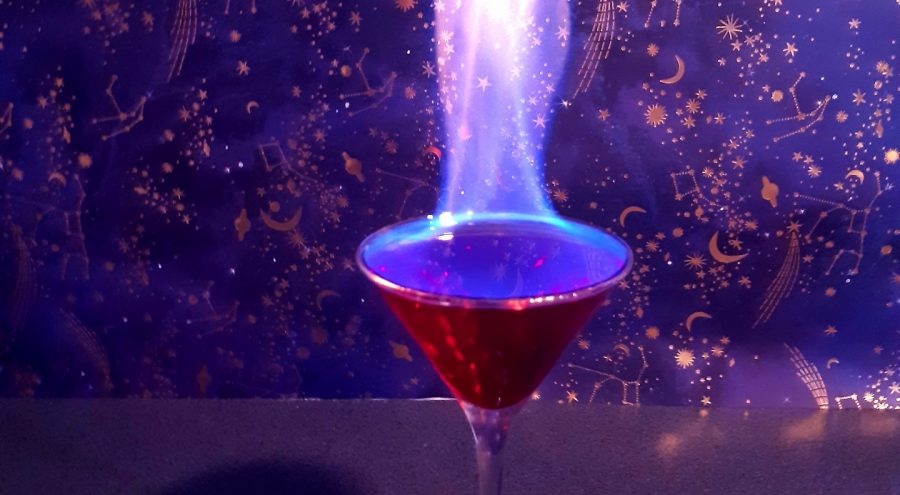 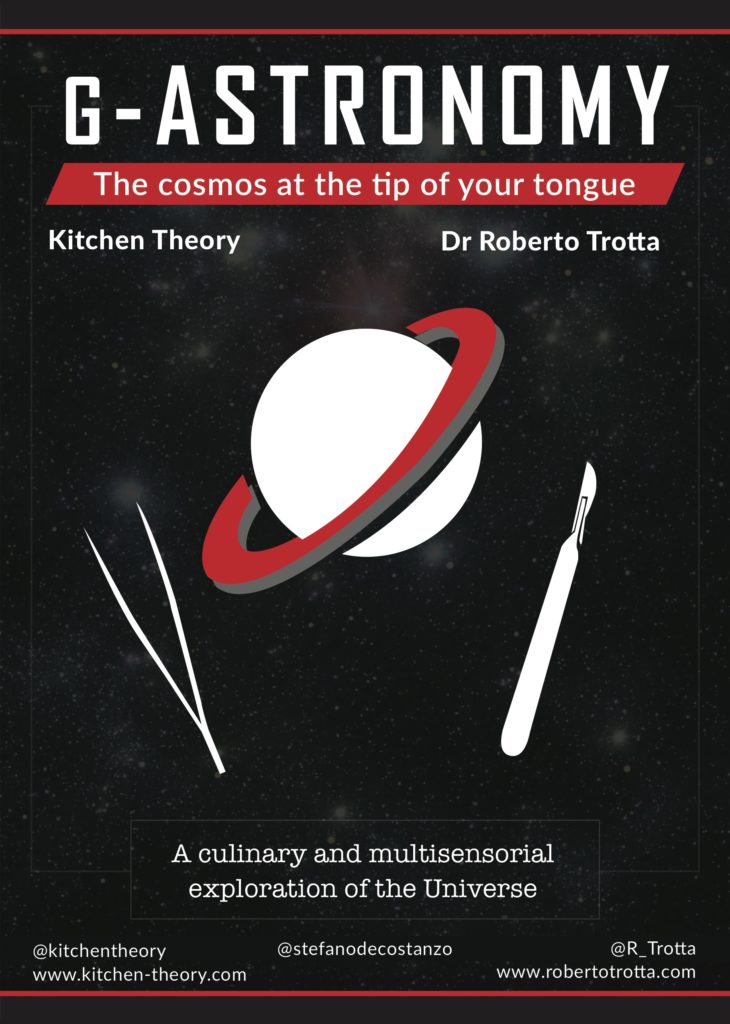 Astrophysicist Roberto Trotta joins efforts with molecular gastronomy chef Jozef Youssef and his team at Kitchen Theory to present an interactive culinary experience that translates complex astrophysics into an edible and educational experience for everybody.

Listen to “Out of this world cuisine”: a Physics World podcast by James Dacey covering the g-Astronomy event at Cheltenham Science Festival 2016:

“Astronomy has always captured the public imagination thanks to its stunning images and the sense of wonder it can evoke. But concepts such as dark energy can feel quite abstract and there is a sense that astrophysics research is only done by people with giant brains and access to astronomically expensive equipment. This month’s podcast profiles a new outreach project attempting to make cosmology more palatable – literally – by serving space-inspired canapés accompanied by a cosmology lecture.” 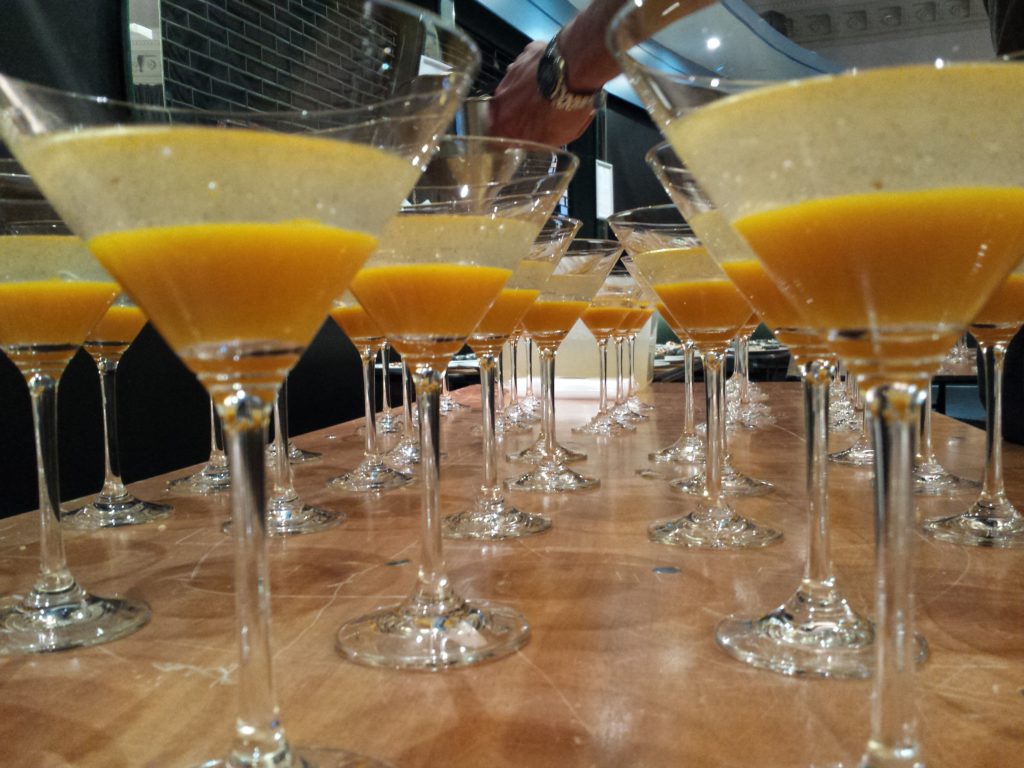 Supported by the Institute of Physics, and the Royal Astronomical Society, g-Astronomy is a groundbreaking outreach project that creates a immersive, multi-sensorial gastronomical experience to engage the public with some of the most fascinating questions of modern astrophysics and cosmology: the nature of dark matter; the properties of black holes; the origin of the Universe. 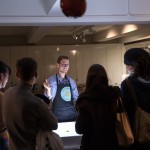 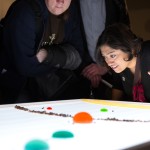 The solar system like you’ve never seen it before! 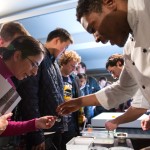 Creating your own planets 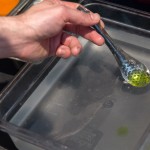 … this one is ready to be tasted 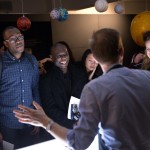 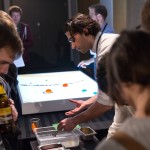 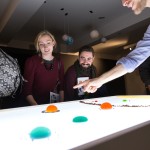 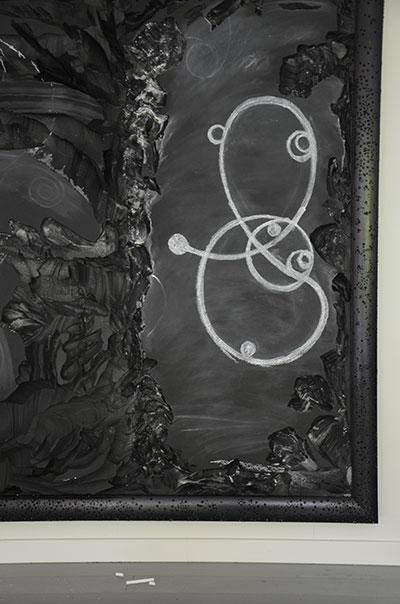 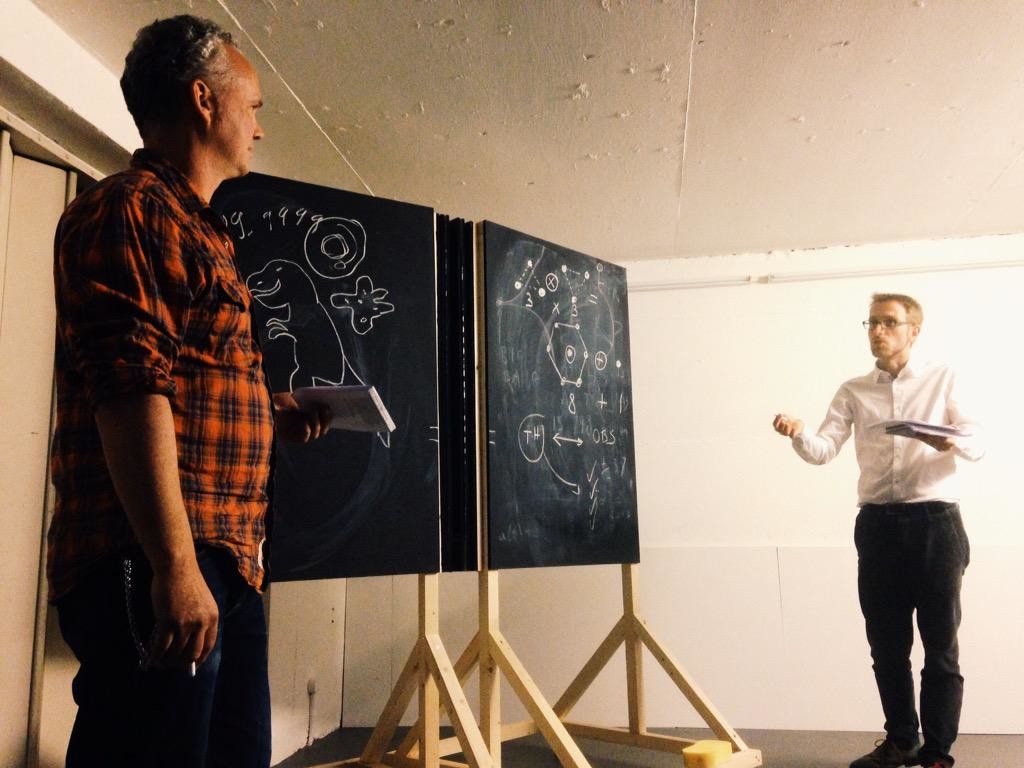 Hands-On Universe at the World Teach In

Winner of “Best Portrait of the Life of a Physicist” Award of the FQXi Video Competition 2014, by Lucina Melesio Friedman, featuring Roberto Trotta.

Moonberry Muffins at the Purple Kitchen

Sam McKenney joined Imperial as a management trainee in 2010, co-founding the Dyson School of Design Engineering at Imperial in 2014. He works closely with Imperial College Advanced Hackspace, Outreach, Enterprise Lab and other student and staff organisations across College and the Student Union to enable creative projects.

Jing Sheng Pang is the strategy coordinator from Imperial College Advanced Hackspace and co-founder of Neuron Technology. A science and technology enthusiast, with a passion for invention and innovation, Jing enjoys working on concepts that can improve and save lives to make the world a better place.
Jozef Youssef is the creative mastermind and Chef Patron of Kitchen Theory, a London-based team focused on Multisensory Gastronomy Experience Design. Jozef is the author of the book ‘Molecular Gastronomy at Home’ and has published several academic papers related to the field of ‘multisensory flavour perception’ in peer reviewed journals. Kitchen Theory have extensive experience at hosting public and private dining events, participating in talks, lectures and festivals (including Cheltenham Science festival 2015) as well as working with academics and scientists to develop culinary experiences based on complex neurological phenomena. Their work has been recognised by all the major mainstream media (including the BBC, The Guardian, The Telegraph, The Financial Times and The New Yorker).

Stefano de Costanzo, Development Chef at Kitchen Theory, is part of the g-ASTRONOMY team in his role as Pastry Chef consultant. The Italian born chef brings passion and creativity as well as meticulous expertise to his desserts. Stefano’s CV includes working with Locatelli, Ramsay Holdings and Four Seasons Park Lane.

David Cheeseman is a practicing artist and senior lecturer in Fine Art at Birmingham City University. He is an interdisciplinary practitioner working within the disciplines of sculpture, installation and photography as part of the CFAR research group. He has been awarded the Gulbenkian Rome Scholarship in Sculpture and The Henry Moore Fellow in Sculpture at Coventry University. His current research interests are primarily concerned with exploring the relationship between truth and illusion with respect to the materiality and methodologies of science and (stage) magic. He recently completed a residency at The Lydney Park Estate in association with Matts Gallery London.