g-ASTRONOMY: The Universe, on the Tip of your Tongue

An exciting and innovative public engagement project, g-ASTRONOMY, will bring the wonders of the universe to people with sight loss through a multi-sensorial gastronomical experience on March 14th 2017. 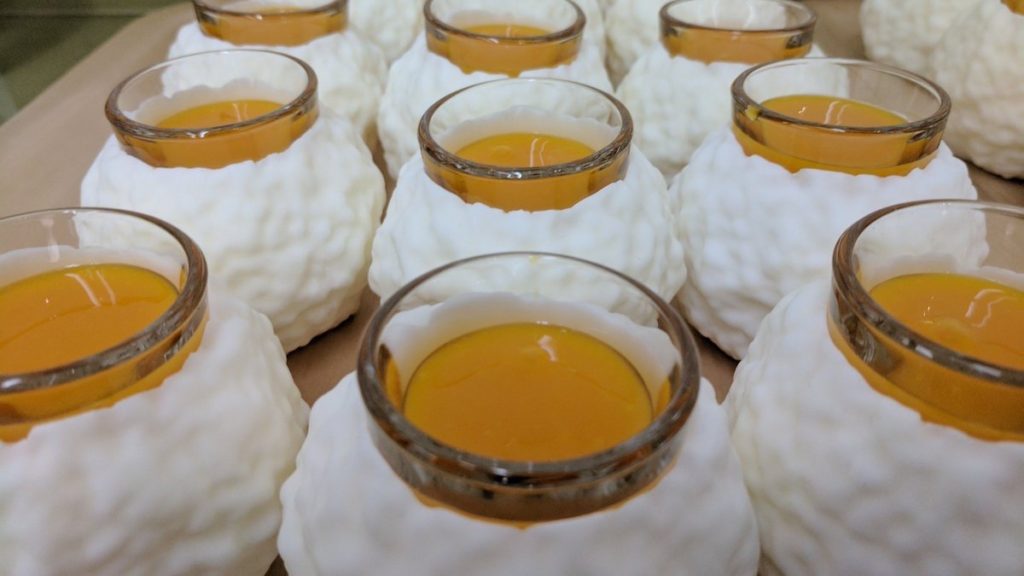 g-ASTRONOMY aims to break the assumption that astronomy and astrophysics can only be understood in terms of visual representation. By creating simple, elegant (and edible) metaphors for some of the universe’s most complex ideas, this approach allows people to engage with some of the most important theories in astrophysics and astronomy in a new and accessible way.

This innovative idea is the brainchild of an unusual partnership: astrophysicist and science communicator Dr Roberto Trotta (Imperial College London) and experimental gastronomy chefs Jozef Youssef and Stefano de Costanzo, of Kitchen Theory. Together, they are proving that taking concepts out of the classroom and into the kitchen can change the way people think about science.

“Astronomy is definitely something that I don’t feel people find relatable. But we hope that through the medium of food we can turn it into something that people feel is far more approachable.”
Jozef Youssef

“g-ASTRONOMY enables us to talk about the universe in a new way: a way that engages all of the senses. You get to taste the Universe! What better way of bringing astrophysics down to the earth.”
Dr Roberto Trotta

After sold-out events at Imperial Festival and Cheltenham Science Festival in 2016, g-ASTRONOMY is taking on a new challenge. This event, run in collaboration with the Royal National Institute of Blind People, is designed exclusively for people with sight loss.

The workshop has been specially redesigned to provide an immersive and interactive experience without the need for visual clues. Visitors will simultaneously feel and taste the evolution of our universe from the big bang to the formation of galaxies, and experience the multiverse theory through how different universes might taste, rather than how they look.

“Astronomy is mostly experienced through sight. Looking at pretty pictures from space is great, but it’s only one of five senses. What about people who don’t have that? Can we bring astronomy to them in a different, more participatory way?”
Dr Roberto Trotta

The g-ASTRONOMY project is about using all of our senses to better communicate complex ideas in astronomy and astrophysics. This evening of tastings, discussions and feedback will bring these ideas to an audience who cannot experience astronomy through pictures and diagrams, and help the trio in their quest to put the biggest questions in physics on the tip of your tongue.

g-ASTRONOMY is supported by the Institute of Physics, the Science and Technology Facilities Council and the Royal Astronomical Society.